We dived in Palk Bay at two different sites of artificial reefs and seagrass beds to study the associated fish assemblages in the last few days (January 2013).  Day before yesterday, I was diving with an underwater camera for taking photographs of fishes around artificial reefs located about 7 km from Sethubhavachattiram fishing port, Thanjavur District, Tamil Nadu.

Artificial reefs are the concrete blocks laid by Tamil Nadu Fishery Department in 2006-2007 period.  These concrete blocks are serving like a reef that provide a physical complex hiding spot for a variety of fishes and also a favorite hunting ground for carnivorous fishes.

I suddenly found the freshly broaken cement blocks and debris of artificial reefs, surrounded by hundreds of dead fishes on the sea floor.  The dead fishes were already consumed by other fishes and marine insects, which showed that there might be bomb fishing just about 24 hours ago.  We also found a plastic tube containing a paste, our local fisher told that it is used for exploding bombs underwater.

Bomb fishing is one of the brutal methods that destroys whole ecosystems in southern Palk Bay, as well as kills all the young fishes, non target animals.  A fisher can collect less than 10% of killed fishes in a blast.

Local fishers in Thanjavur district don’t do bomb fishing, however fishers from Ramnad District particularly Thirupalakudi and Thondi areas are known bomb fishing.  They usually construct a 5m wide shadow using terrestrial plants, and float it on the surface of water in the middle of the sea for about one week.  After confirming the assemblages of fishes that are attracted by this FAD (Fish Attracting Device), they throw the bomb that kills every fish.

But, in our case there is a question, how a team of fishers living about 150km away from the aritificial reefs (located 7km offshore) can exactly know this place.  A local fisher told that the bomb fishers use GPS to come to this place.

However, without knowing its exact waypoint, they cannot reach this place with GPS!  The local fisher also added GPS points of all the artificial reefs in Palk Bay were sold to the bomb fishing fishers.

We informed local fishery department and marine police about this matter.

It is sad that the good effort of our Government to increase fishery productivity in Palk Bay is under the threat now.  We still don’t know what happened to other artificial reefs in Palk Bay.  It is urgent to stop bomb fishing in Palk Bay that has been destroying seagrass beds and now artificial reefs also.

Conservation of local breeding habitats is the only way to ensure safety for Tamil Nadu fishers, who don’t need to go for long distances.  If we forget to intensively restore the nearshore marine resources by controlling illegal fishing methods, number of boats and fishery areas, there will be no hope to stop cross border fishing issues in Palk Bay.

Please see some photos from the field... 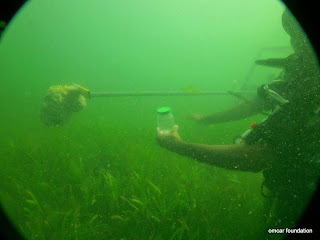 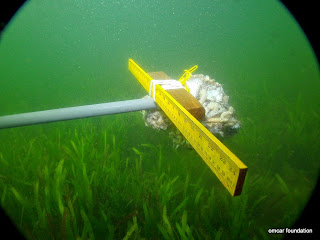 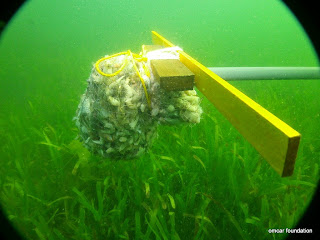 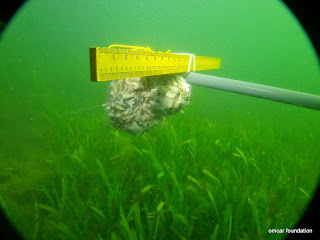 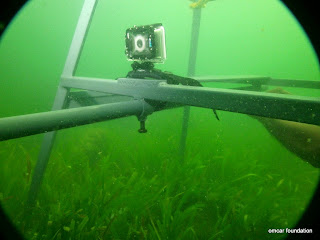 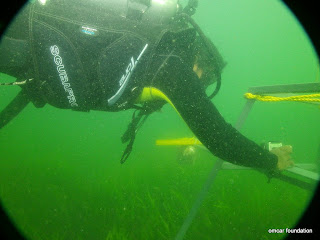 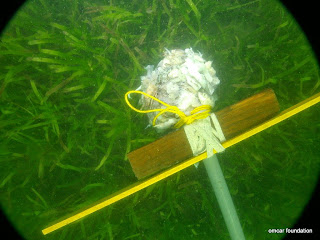